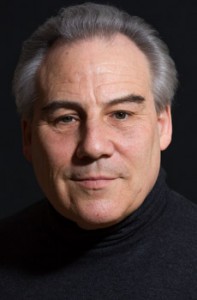 December 6th 1950, William Holmes Bouton was born and grew up in the San Francisco Bay Area. At the early age of four, he began studying the violin and soon thereafter drawing and composing songs. He won first prize at age eleven in the Contra Costa County Library Poster Competition. In his early teens, he won various prizes and scholarships in music. He received his first art scholarship a age sixteen and from this period come his first oil paintings, which were exhibited in the Pleasant Hill City Hall, California. Graduating in 1969, he was voted most talented and received the Bank of America Award in Music.

Fall of 1969 he entered California State University, San Francisco, as a double major; painting and music/composition, and received his Bachelors Degree in 1973. During these years he became known through various showings and received his first commissions. After studying in New York City, he received a further scholarship in 1975 from the University of Cincinnati where he earned his Masters Diploma and did three years of study for the Doctorate. Here he studied with the award winning painter William Malczan, as well as winning many awards and competitions in music. In 1979, a travelling fellowship allowed Bouton to further his studies for a post graduate degree from the University of London.

Bouton moved to Aarhus, Denmark in 1980, where he received the commission for the concert season poster, with eleven composers portraits, from the Aarhus Symphony Orchestra ( see article ). In 1981 Bouton came to Munich as the First Concertmaster of the Munich Symphony Orchestra and in 1998 opened his own art gallery, Galerie Bouton.

Since moving to Munich, Bouton has had many of his compositions performed and premiered, and as a painter he is internationally recognized, commissions and sales in America, Austria, England, France, Italy and naturally Germany.